Currently featured in our gallery:

Santa Claus is taking the entire band on tour this holiday season and their first stop is Façade Academy of the Arts! We are rocking in the holiday season with this year’s Rock ‘n Roll-themed set design.

Our creative team were hard at work for over two months to bring you this totally, awesome set design – inspired by the glam-rock of the 1980’s! But Santa isn’t the only rockstar performing at Façade Academy this Christmas – he is joined by some familiar icons (with a Christmas twist) Madonna, David ‘Bow’ie, Tinsel Turner, Elfton John and Kiss!

Drop by and see Santa & his Merry band playing exclusivly at Façade  Academy of the Arts this holiday season! 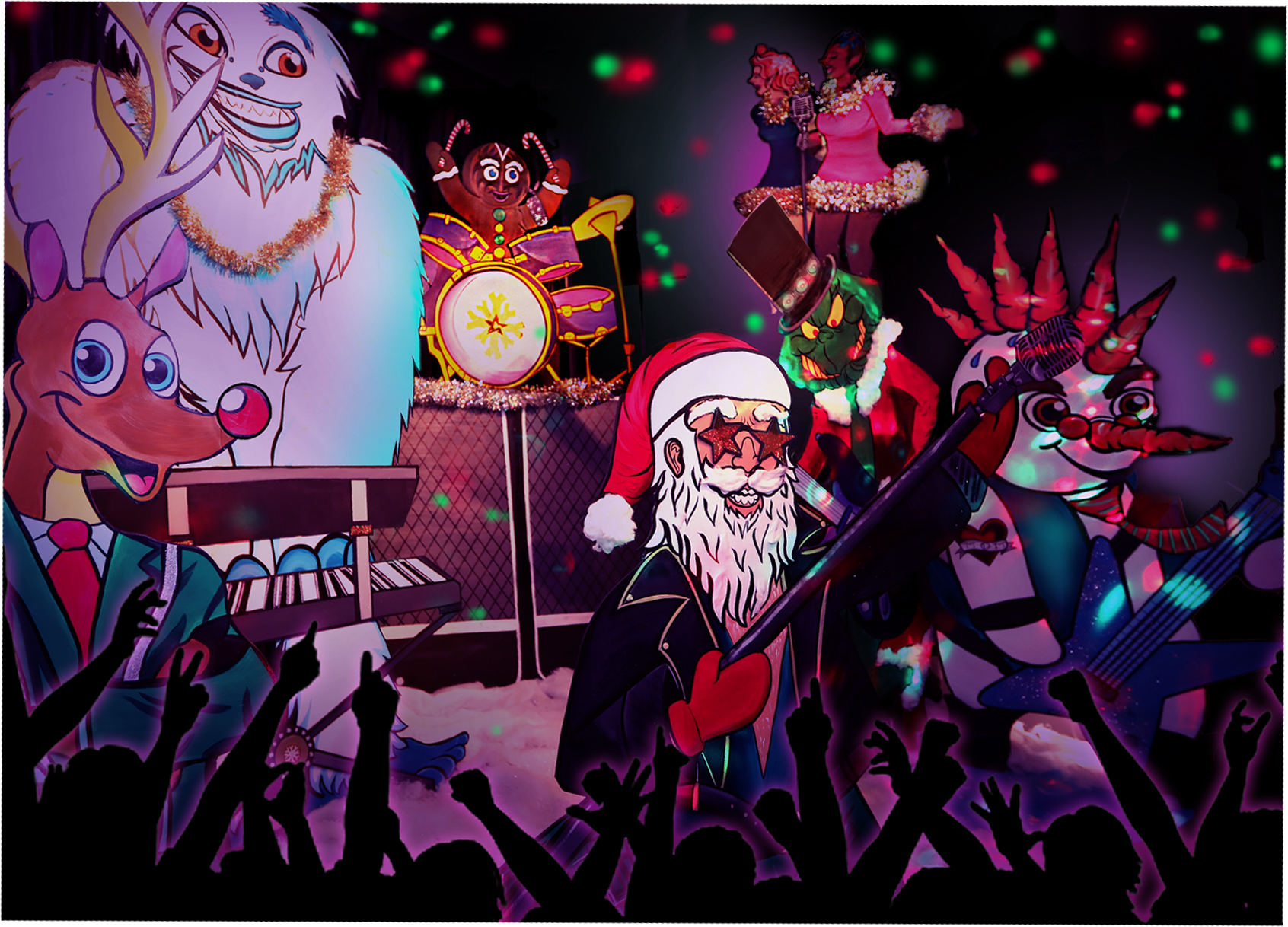 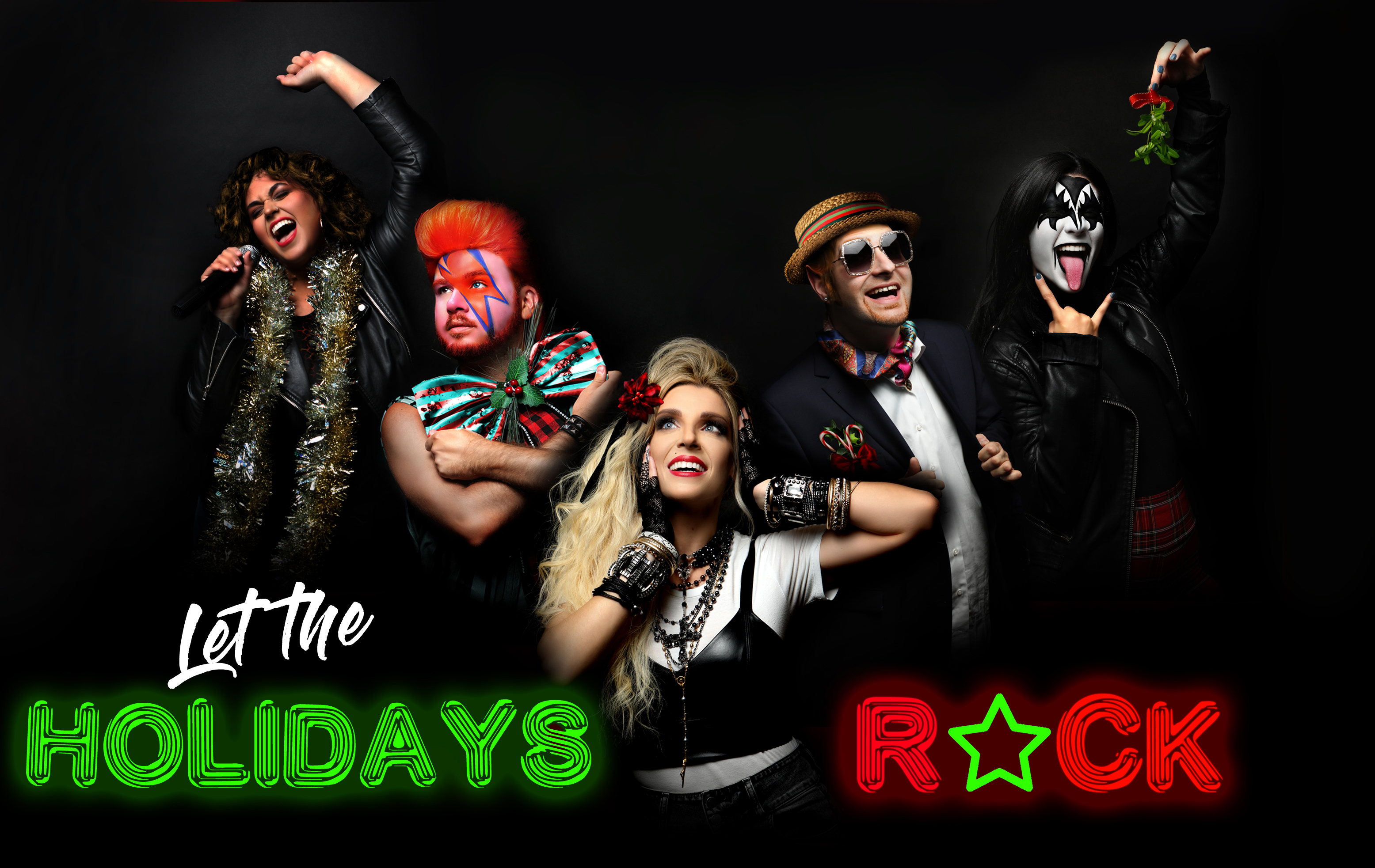 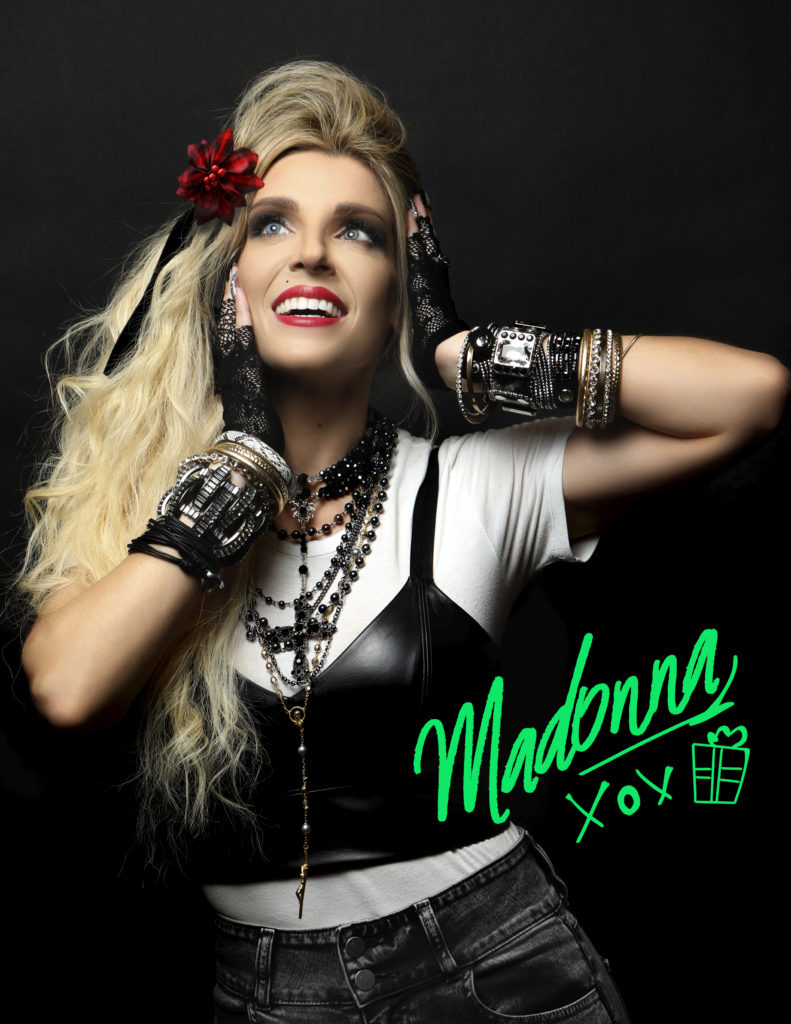 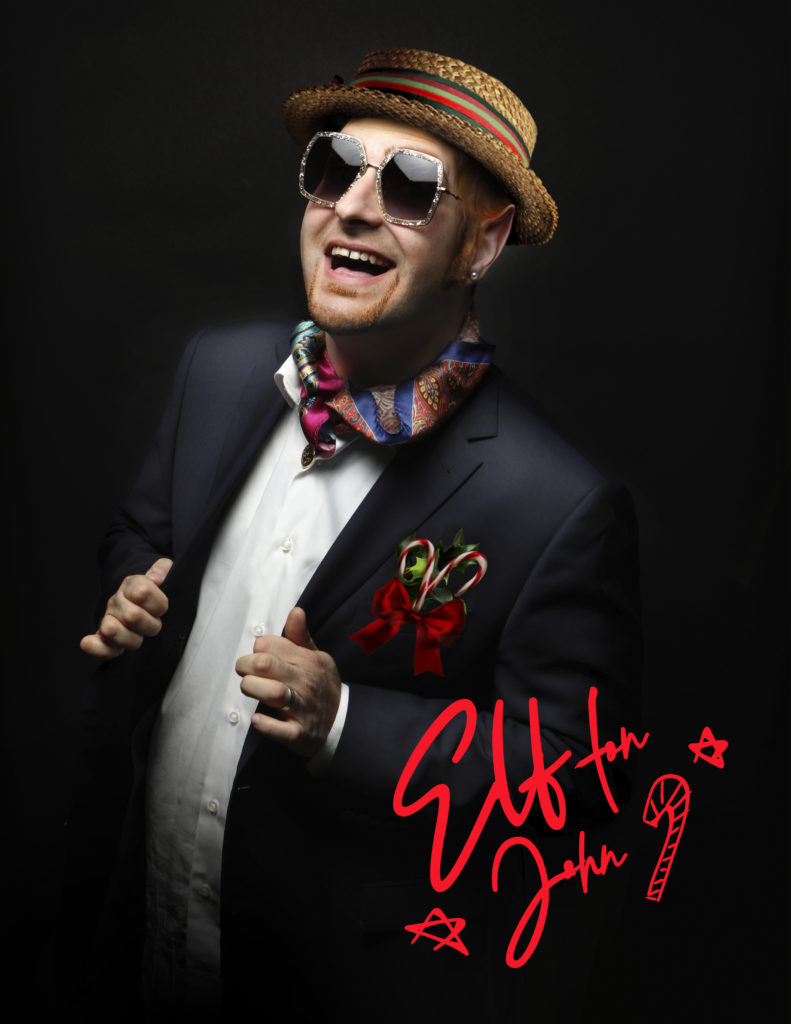 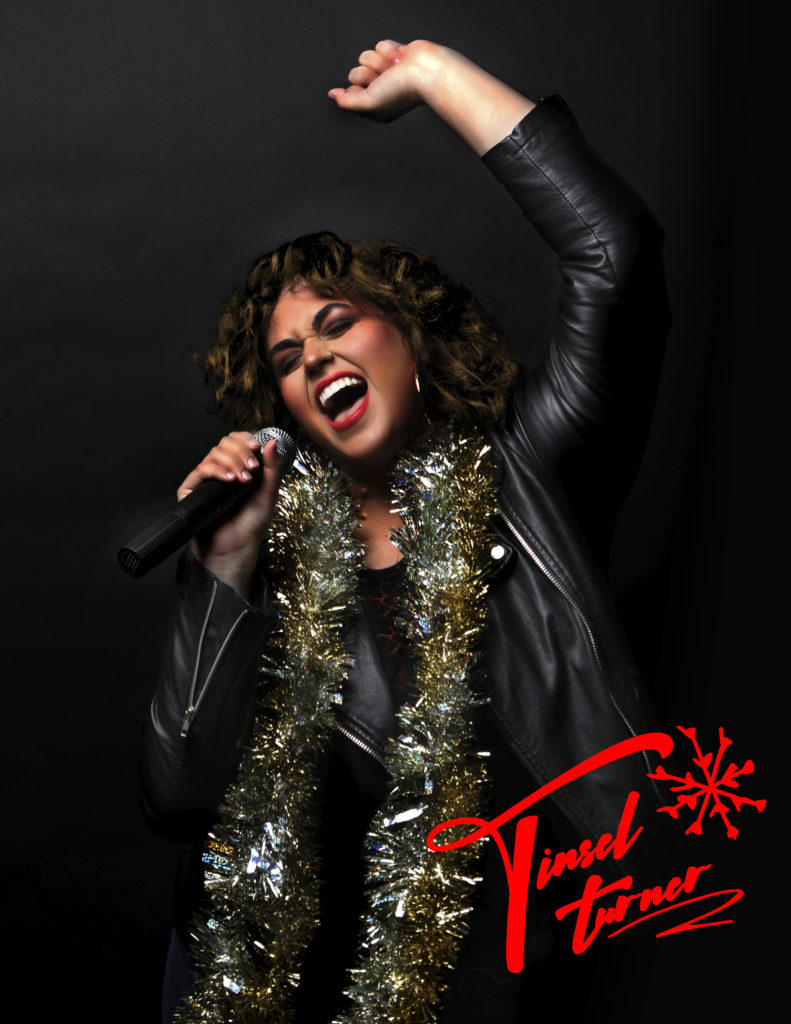 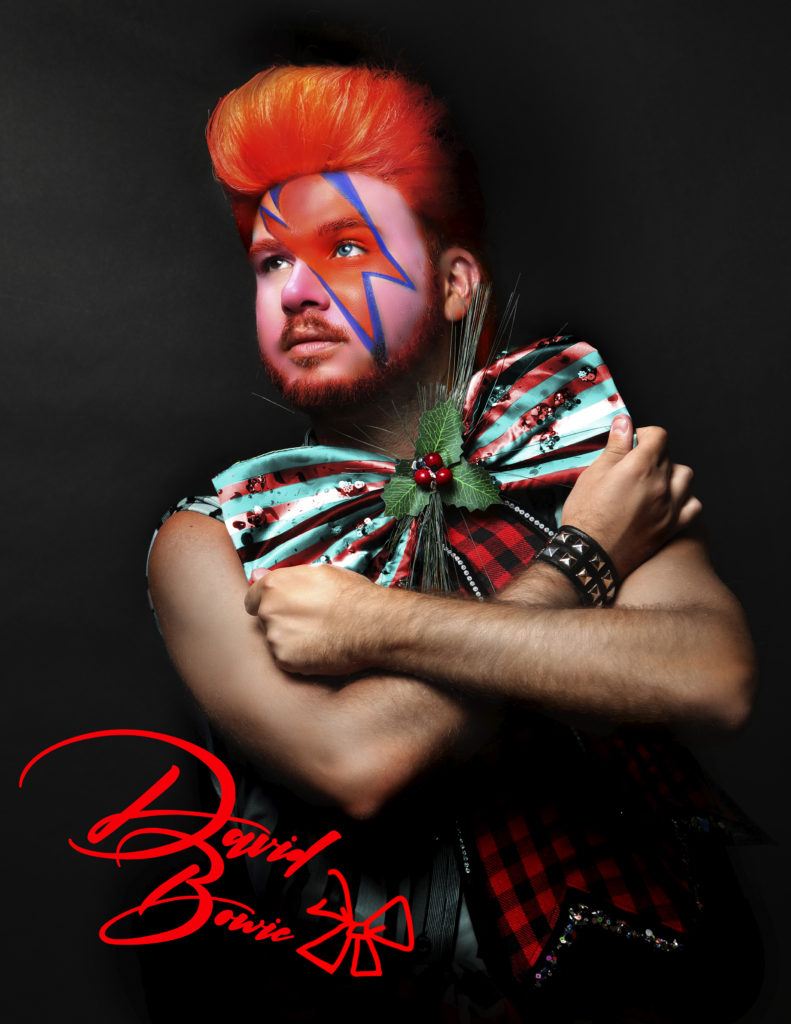 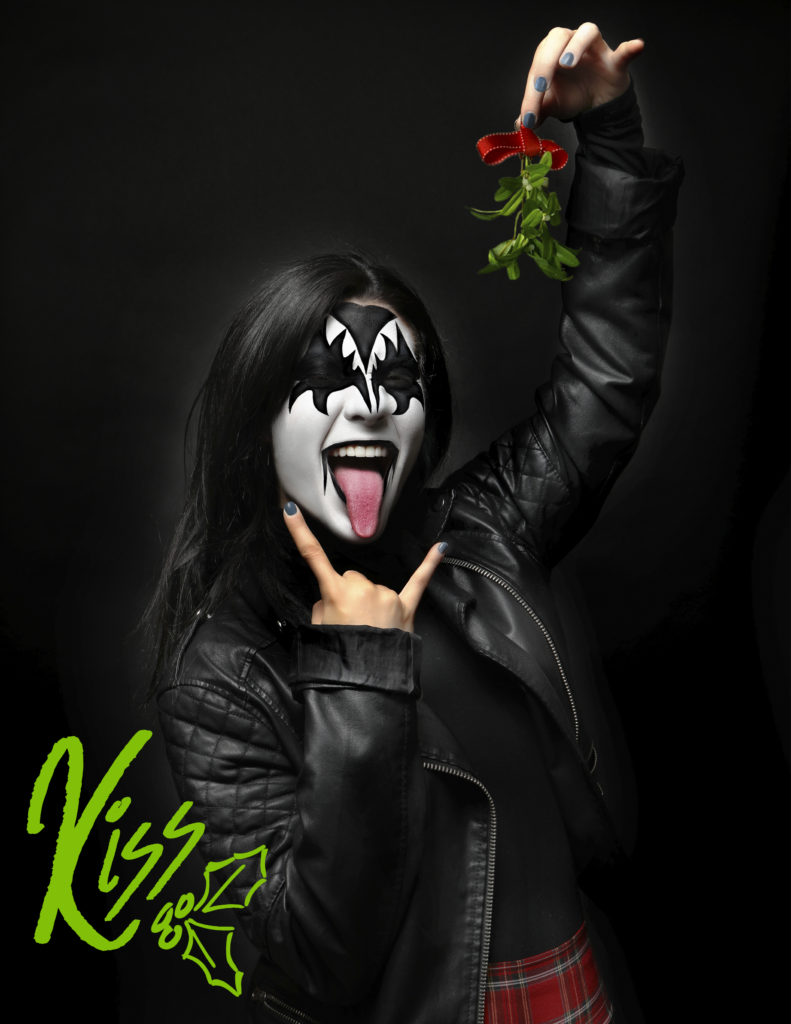 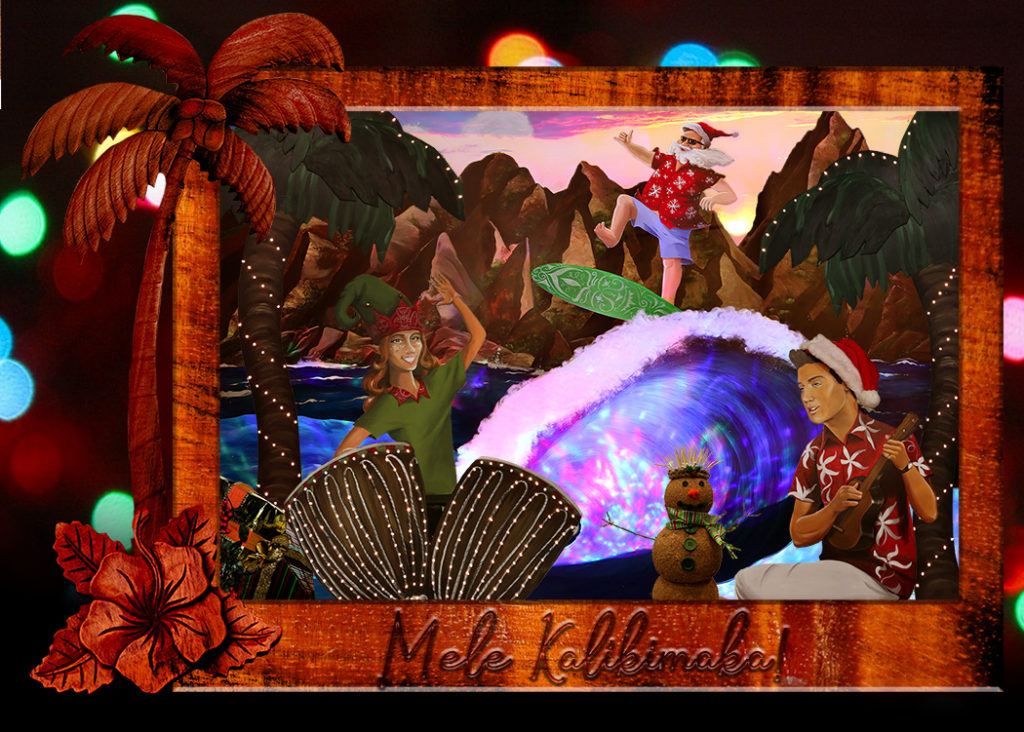 This year, the theme for our annual Christmas window display was “Christmas in Hawaii”. Our talented artists at Facade Academy spent months, cutting, painting and gluing to take you far from the cold of Canadian winters and into the sunshine of beautiful Hawaii. Even Santa and his elf are getting in on the fun, and of course, no Hawaiian set-piece is complete without the king himself – Elvis! 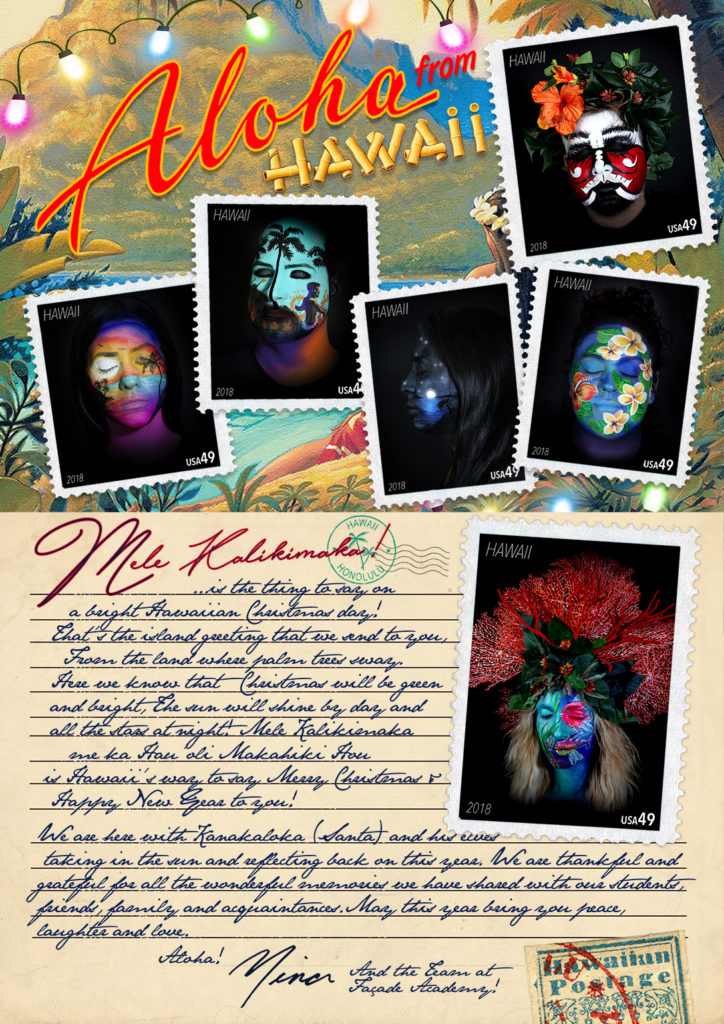 To complement the “Hawaiin Christmas” window display, the team at Facade used themselves as the canvas to paint these amazing tropical landscapes. Mele Kalikimaka!

This year, the theme for our annual Christmas window display was “Tinsle Town”. Our talented artists at Facade Academy spent months, sculpting, cutting, painting and gluing to create a mini tinsle town. During the day, it sparkles and shines like a silver dreamland, and at night it emits a warm glow that’ll put you in the holiday spirit. Constructed from a variety of materials like foam board, cardstock, pipe cleaners and cotton balls, this stunning installation is a treat for all visitors to our studio to see!

To complement the “tinsel town” window display, the team at Facade ran with the silver theme and took it to the next level with these fun pictures.

Spring is in the air at Façade Academy of the Arts and our window showcase celebrates all the beauty this time of year has to offer. On display are three beautiful paintings done by three of our talented instructors Sarah Hernandez, Ashley Campana and Rob Tari. Stop by Facade today and see this beautifully inspiring showcase.

Our in-house Gallery is one of the main features at Faҫade Academy.  Upon entering the plaza, visitors will be presented with an incredible view of our galleria, showcased by a wraparound glass faҫade.  Occasionally it will feature many art pieces from well-known local artists both for display and for sale.  These artists attract a large following; our galleria offers a unique space to exhibit their latest work and coordinate private showcases.   Seasonally the gallery will present several thematic displays designed and developed within our academy by our very own students and instructors.  These displays may be correlated with: competitions, workshops, portfolio pieces and exclusive features to our academy. 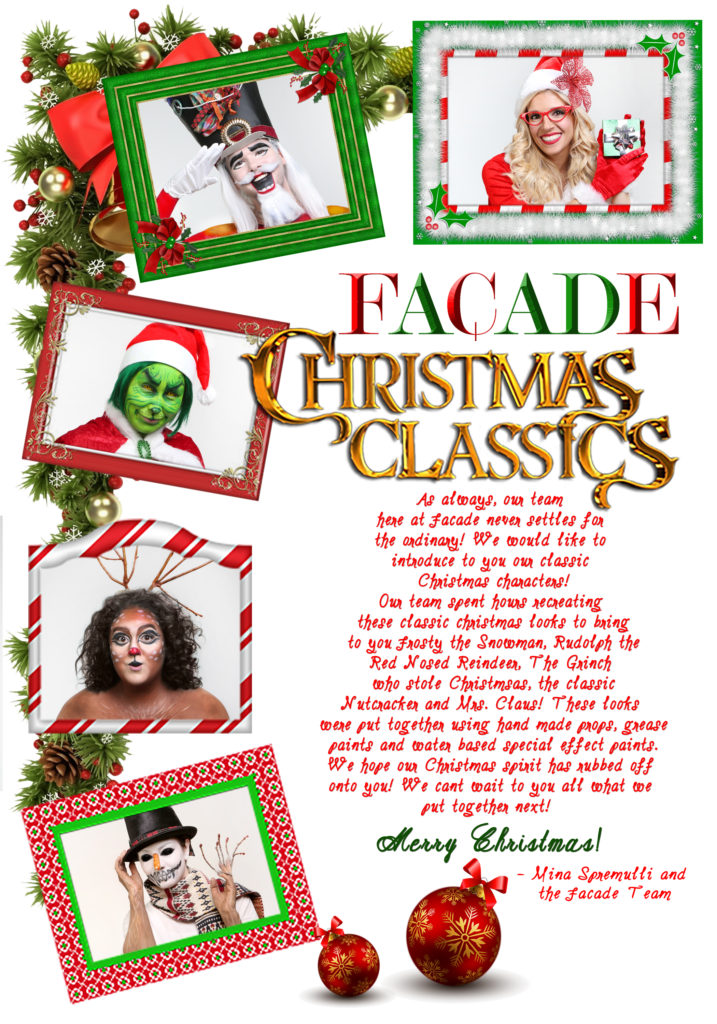 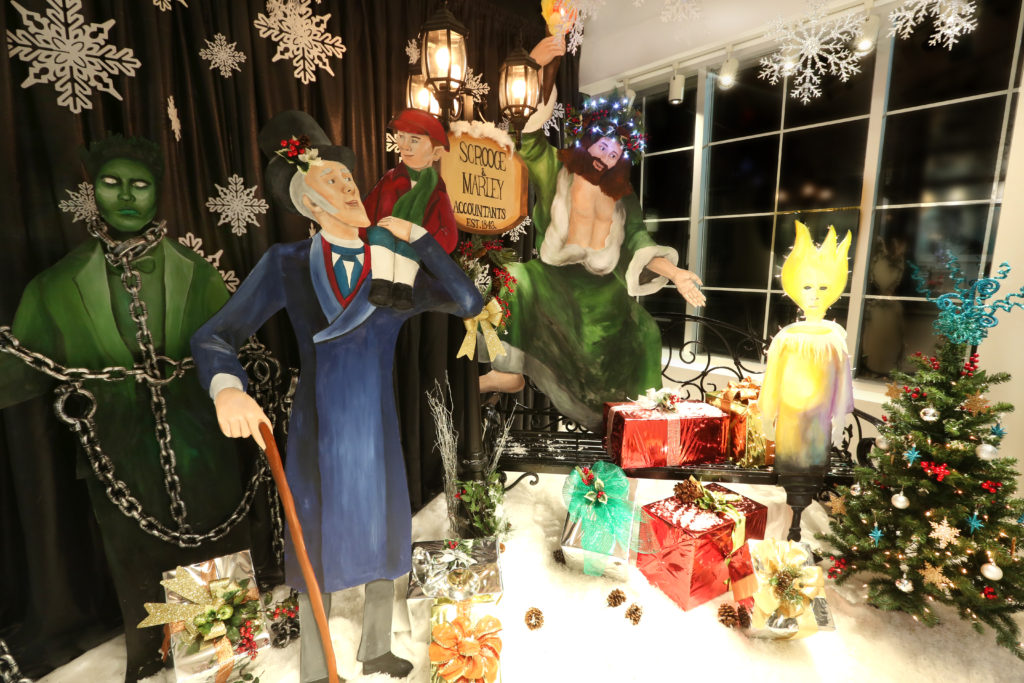 This year, the theme for our annual Christmas window display was “Christmas Classics”. Our talented artists at Facade Academy spent months, sculpting, cutting, painting and gluing to honor the classic stories of Christmas. From everything from A Christmas Carol, The Grinch, Frosty, The Nutcracker, to the big man in red himself – Santa Claus! 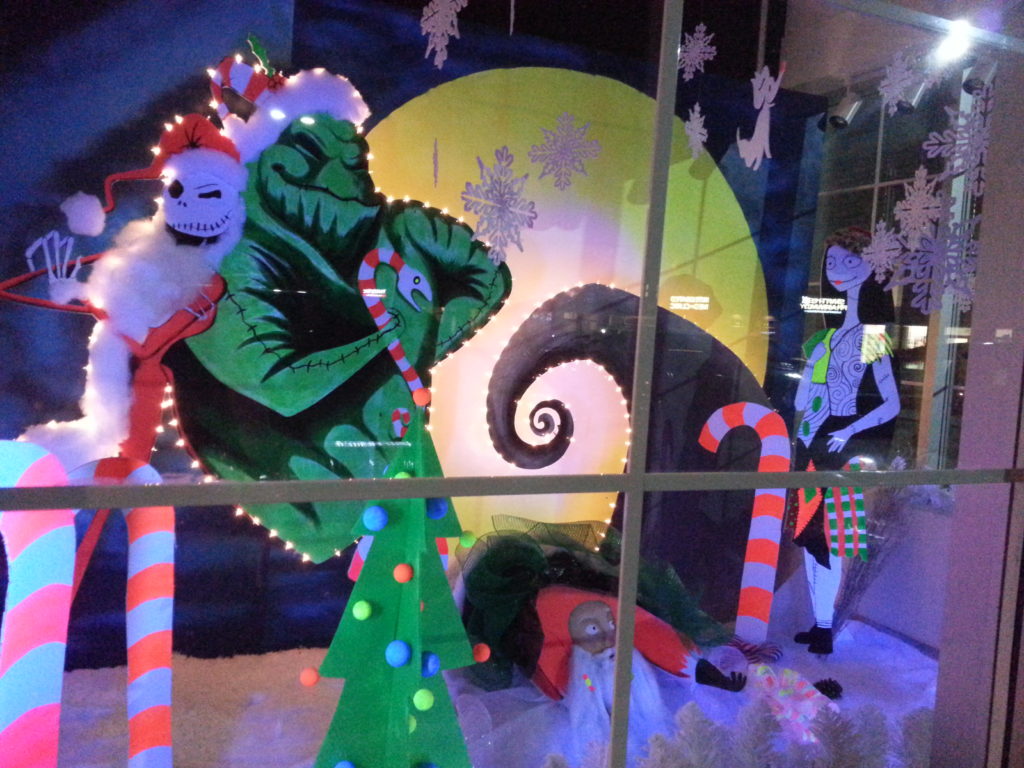 In 2014, the theme for our annual Christmas window display was Tim Burton’s classic holiday film “The Nightmare Before Chirstmas”. Our talented artists at Facade Academy spent months, drawing, spray, painting and gluing to create this glow in the dark trip into Chirstmas and Halloween town.

Students in the Functional Skills classes were given a complimentary workshop were they created beautiful masterpieces for Mother’s Day. Click the link below: Façade-Academy-article-in-St.-E

Back-to-School Tips and Essentials for ARTISTS!

Drawing Mediums Graphite Pencils The most used graphite grading scale is known as the HB scale. Most pencil manufacturers use this scale, using the letter “H” to indicate a hard pencil. Likewise,

No Need to Fear…Costumes are HERE!

Halloween is one of the best times of the year for artists to really get creative! This is the best opportunity to really make a unique costume or even experiment with some face paint! From fake blood

Although we’re all sad that summer is coming to a close, it’s an exciting time for all artists and collectors because festival season has begun! There are so many amazing and exciting fest

We’ve done it again! We never settle for the ordinary here at Facade! As summer has been coming to an end, our talented instructors Ashley Campana, with assistance from Sarah Hernandez,

. Since 2009 the Bell Boxes Murals Project have painted 91 murals on Bell Canada outdoor utility boxes throughout Toronto, Southern Ontario and Quebec.   The Bell Box Murals Project is an innovat

Behind the Fashion of the 2015 Victoria Secret Fashion Show

Victoria Secret fashion shows are always a highlight of the fashion world. Happening once a year, the show highlights the new looks in the iconic lingerie line, complete with beautiful winged A

As many of us know, the Met Gala is a night reserved to showcase some of the most beautiful couture designs within the fashion industry. Designers choose fabrics of incredible quality, varying from ch

Walk An Aisle In My Shoes

Walk An Aisle In My Shoes In one of his most memorable roles as Forest Gump, Tom Hanks proclaimed that “There’s an awful lot you can tell about a person by their shoes”  and anyone who knows me